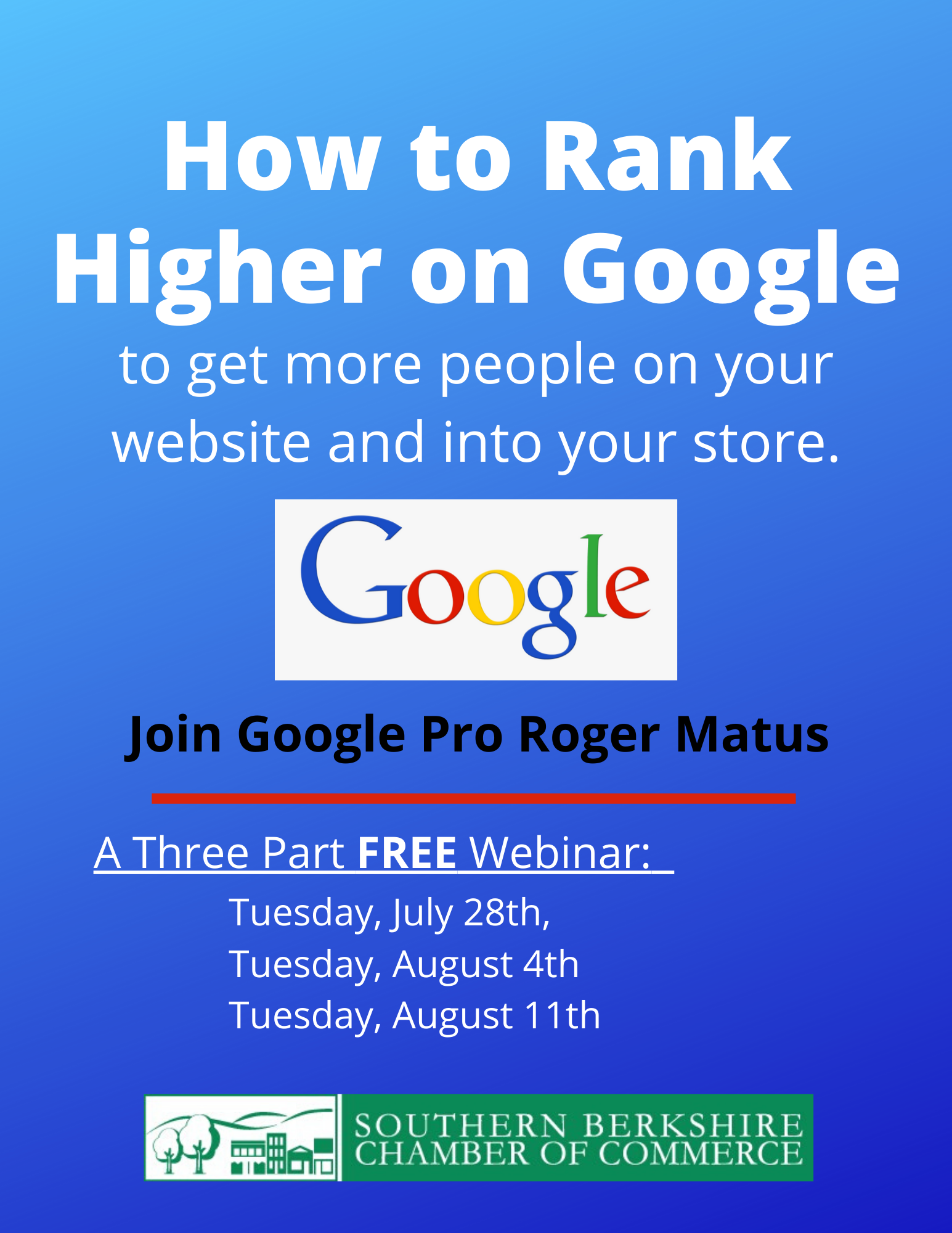 We’re entering the “new normal” which brings dramatic change to how people connect, shop, and interact.  It is now more important than ever to rank higher on Google so that customers will easily find you and what they need from you while using their phones and computers. The Southern Berkshire Chamber of Commerce is hosting this three-part ... END_OF_DOCUMENT_TOKEN_TO_BE_REPLACED
View Calendar
Add