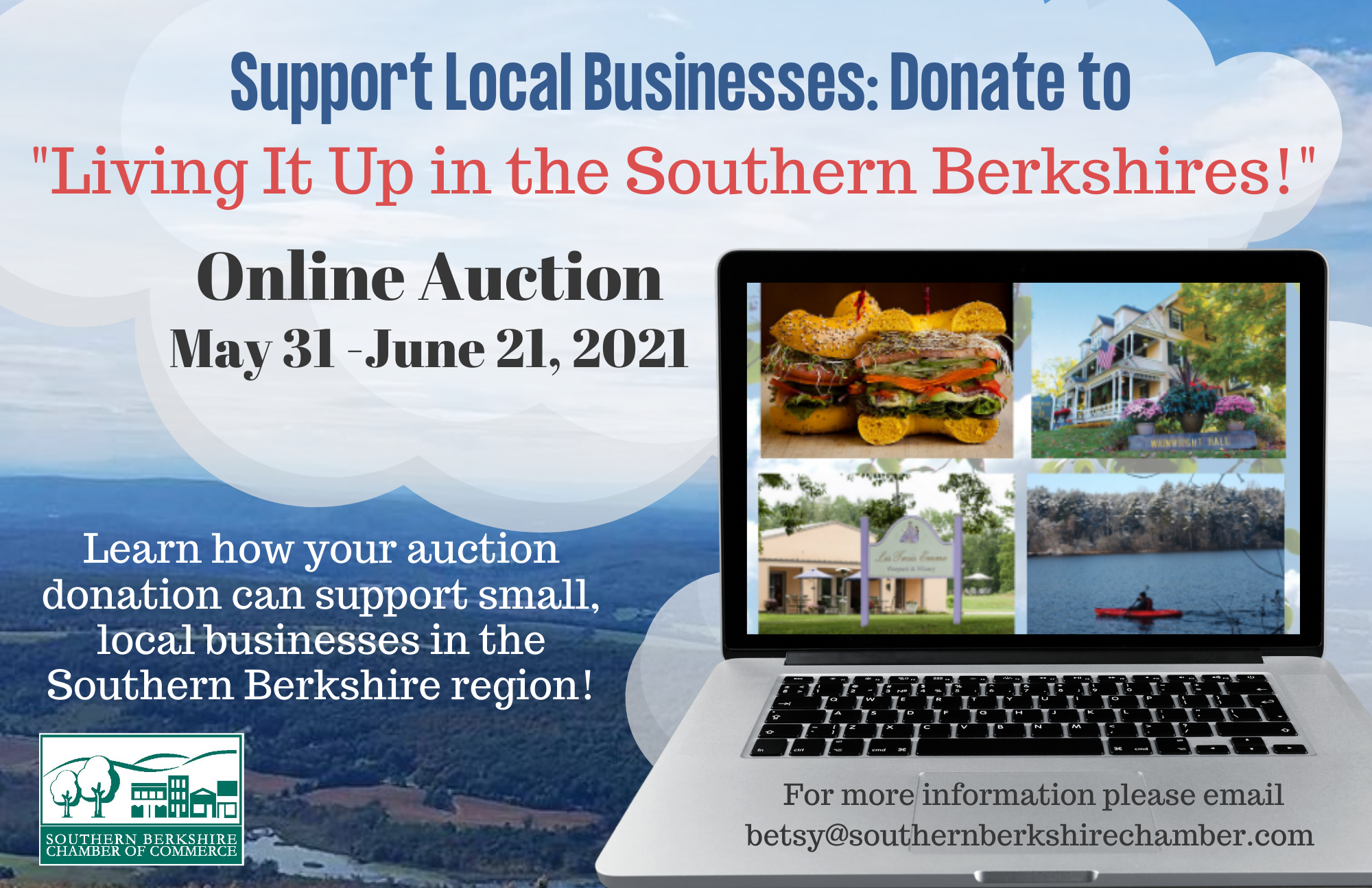 The 2021 Online Auction begins May 31st at 10:00 am! This year we are limiting how much we ask from businesses that are already struggling to stay afloat. For this reason, we have decided to try a new approach to the Online Auction. With some industries hit harder than others, we have adjusted the Online Auction fundraiser to create ... END_OF_DOCUMENT_TOKEN_TO_BE_REPLACED
Jun
7
Mon
all-day Nomination Deadline – Business P...
Nomination Deadline – Business P...
Jun 7 all-day
Deadline to nominate someone for the Southern Berkshire Chamber’s 2021 Business Person of the Year. To submit a nomination online, click here!
Jun
10
Thu
5:30 pm Business After Hours
Business After Hours
Jun 10 @ 5:30 pm – 7:30 pm
View Calendar
Add