The Bidwell House Museum, set in the Berkshire hills of Western Massachusetts, is an elegant Georgian saltbox originally built circa 1760 as a parsonage. Later used as a farm and private home, it has… read more 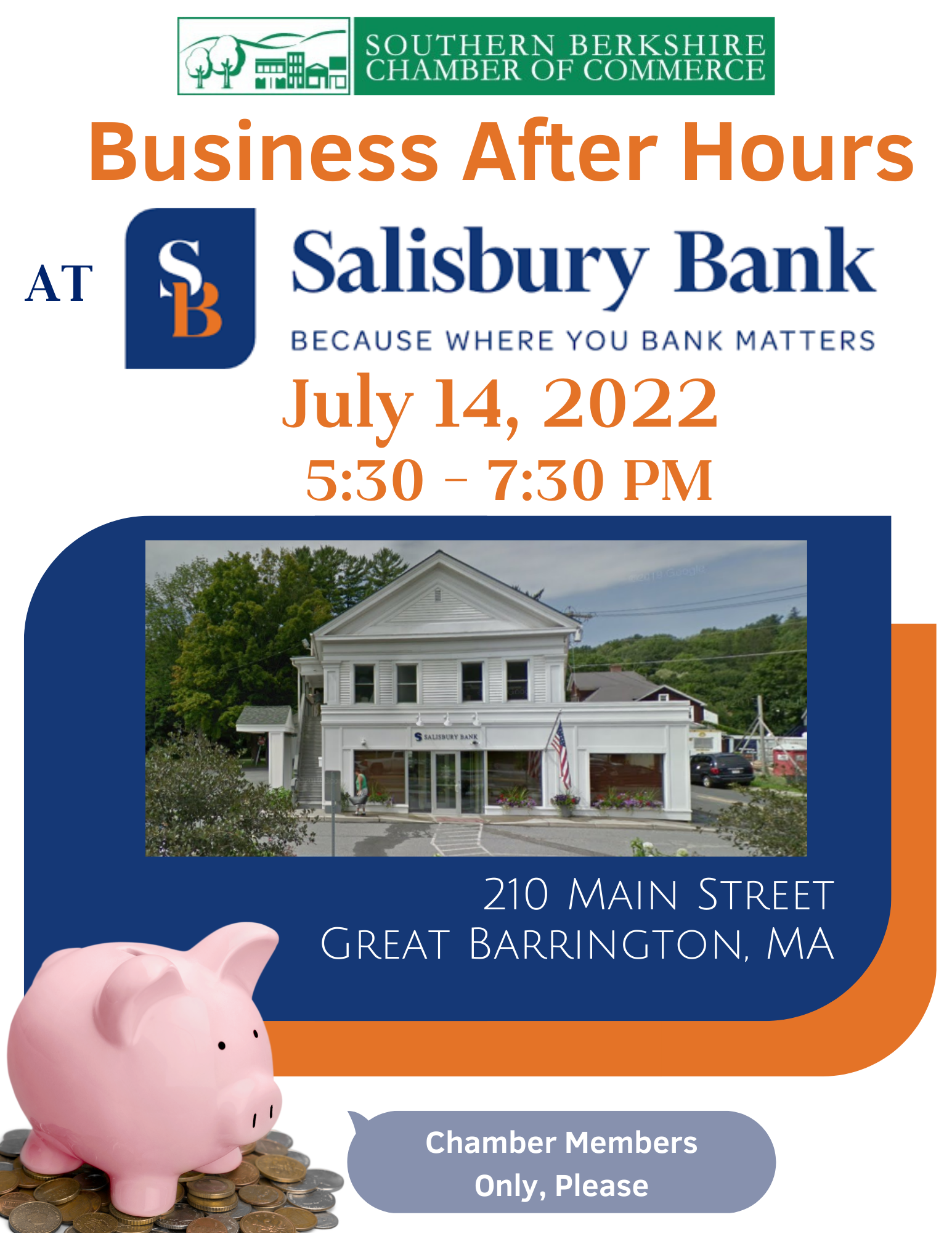 Chamber members are invited to join us for Business After Hours at Salisbury Bank in Great Barrington on Thursday, July 14 from 5:30 to 7:30pm.
View Calendar
Add